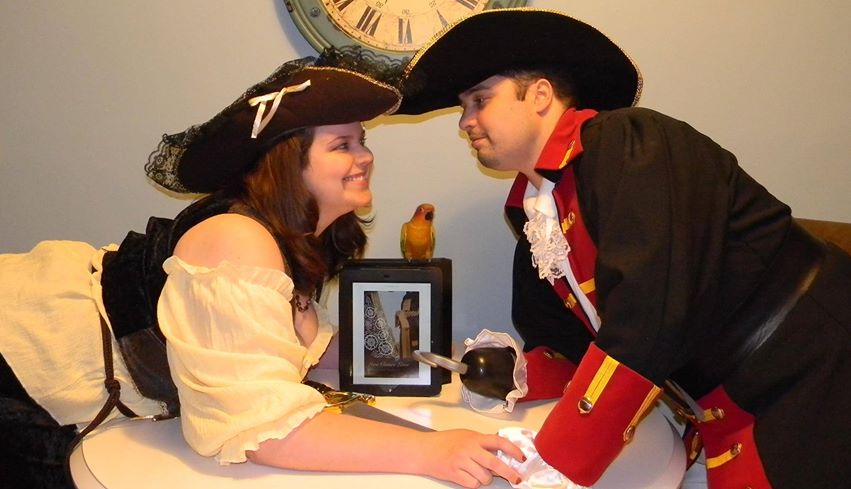 December already! Time really does fly, except for in November. For whatever reason the month of November was shockingly slow this year. Anyway, December is pretty much my favorite month in the entire year. You've got Christmas and Channukah–my family celebrates both. You've got good cheer, joy to the world, and above all, I've got my wedding anniversary to start the whole thing in style.

In 2012, I thought my life was falling apart. I had never expected to get divorced, but there I was, bitter, angry, hating myself, and completely spoiled on the idea of love. My eight year relationship had taken a turn for the worse about a year and a half before then. I had opened a successful business, followed my dreams to write my first novel, and become a stronger, truer version of myself.

My ex… he didn't like that so much. I will spare you all the details, but just understand I found myself completely wrung out, broken, and frail.

I was at my worst, my weakest, when my true love finally found me.

He, too, was at his worst, his weakest. He was actually contemplating suicide. It was bad. But we found each other. I wanted to date and have some fun, so I joined Match, Zoosk, eHarmony, all that stuff. And there I found Falcon, a writer like me, cuddling a gorgeous husky dog in his profile pic.

And so I reached out… as friends. I wanted a writing partner, not a life one.

But then the strangest thing happened. We met, and even though I still had relegated him to the friend box, I knew instantly that I wanted him in my life forever. Feelings like that don't just happen everyday!

We became friends, good friends, best friends, and then less than a month later on one glorious labor day weekend, we shared our first kiss. And on December 1 that same year (yes, less than three months later!), we got married under the gazebo in a tiny park by our house. There were no bells, no whistles, no pomp or circumstance. Just love.

Four years later, here we are celebrating our anniversary. Still in love, still facing battles in our lives, but also fighting together. I don't know where I would be today, don't know who I would be, if not for Mr. Storm. He doesn't just make me a better person. He makes me myself, the person I actually am inside.

Do you know how freeing that is? I hope and I pray that even if you haven't found it yet, you will one day soon. Never settle for someone who suppresses your shine, who looks down on your accomplishments or mocks your interests. Don't let anyone tell you you are not good enough. Hold out for YOUR Mr. Storm, YOUR happily ever after. Because, honey, he is out there, and once you find him, everything gets brighter.